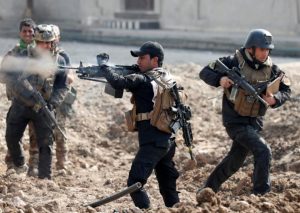 Intelligence services in Diyala have managed to kill the Islamic State’s commando chief in the province, a municipal official was quoted according to iraqinews.com.

Hamreen has been a hotspot for Islamic State militancy between Diyala and Salahuddin, with the area’s tough geography serving as a suitable haven for the group.

Iraq declared military victory over the Islamic State militants in mid November, ending a campaign that launched in 2014 when the group proclaimed a “caliphate” rule in Iraq and neighboring Syria.

Troops are currently working to clear the last remaining militants at desert areas between Anbar, Nineveh and Salahuddin.

Many analysts believe the group will still represent a threat to Iraqi security through lone wolf attacks or the formation of new terrorist entities.