You are here: Home / MidEastGulf / Iraq: countdown to operation to liberate Sinjar begins 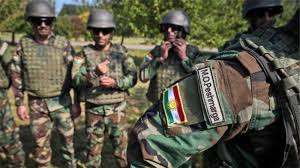 Kurdish Peshmerga forces are preparing to move on Sinjar in the near future, and demanding Kurdistan Workers’ Party (PKK) guerrillas leave the area before the operation starts.

A source, speaking on condition of anonymity, told BasNews that the Kurdistan Region’s ministry of Peshmerga is planning an imminent operation to liberate the Yazidi town in northern Iraq.

Yazidi Peshmerga Commander Qasim Shasho told BasNews, “The Peshmerga would have liberated Sinjar long ago if the PKK hadn’t intervened in the process.”

BasNews has previously quoted Peshmerga commanders who claim PKK military movements in the area have caused the delay in the launch of a Sinjar operation because Islamic State (IS) militants rigged a vast area with mines and explosive devices after PKK incursions.

Shasho also accused PKK media of overstating their role in Sinjar “while they are not able to liberate an inch without Peshmerga forces.”

The PKK’s battlefield is not in the Kurdistan Region of Iraq, and they must return and focus on their own area, mayor of Sinjar Mahma Khali said.