You are here: Home / MidEastGulf / Iraq: Council votes against Shia participation in battle for Mosul 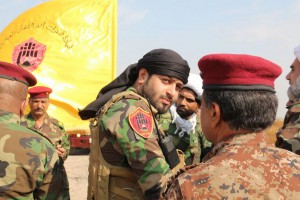 Mosul Provincial Council voted against forming a strategic alliance with the Shia group Hashd Al-Shaabi in the battle for Mosul today.

“The council session consisted of 31 members in the town of Alqosh, 22 voted against the participation of Hashd Al-Shaabi,” said Ghazwan Daoudi, a Nineveh Provincial Council member from Kurdish Shabak minority in Rudaw.

Daoudi explained that this announcement was made because “Mosul residents, including Kurds, Arabs, Turkmen, Christians and Yezidis do not want Hashd Al-Shaabi to take part as it might cause a sectarian conflict in the region.”

He added that members of the Patriotic Union of Kurdistan bloc, a member of the Supreme Islamic Council, a Shia Turkmen group and some others in the council did not vote against the participation of Hashd Al-Shaabi.

He urged the Iraqi government and the anti-Daesh coalition to “arm forces fighting Daesh in Mosul.”

On 29 January, Iraqi Prime Minister Haider Al-Abadi declared that the Hashd Al-Shaabi and Kurdish Peshmerga forces are to take part in the battle for Mosul in alliance with government forces.