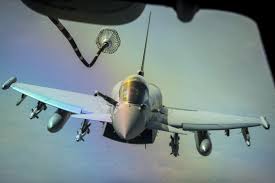 Airstrikes conducted by the US-led coalition forces in Iraq on Sunday resulted in the killing of five terrorists from the so-called Islamic State group and the destruction of their hideouts in Iraq’s Salahuddin province, Iraq’s military announced like reported by kurdistan24.net.

The terror group’s hideouts were destroyed as well, the military wrote.

The Iraqi military along with other state security apparatuses regularly conduct military operations in remote areas where they serve as the terror group’s hotbed. The Islamic State’s terrorist activity has been on the rise, particularly as the country grapples with a dire economic crisis caused by a global pandemic.

The desert areas in Iraq are well-known havens for terrorist groups since the fall of Iraq’s former regime of Saddam Hussein in 2003. The so-called Islamic State’s rise also began in those areas, which were exploited as training and depot grounds.

The Islamic State was territorially defeated in 2017 by the successful campaigns of the Peshmerga forces and Iraqi army, and airstrikes from the coalition forces. However, the terror group periodically initiate hit-and-run attacks on security forces and civilians, sparking fear it can still seriously pose threats to the country.

International allies of both Iraq and the Kurdistan Region have repeatedly asked both governments to coordinate in their respective security sector to better safeguard the areas liberated from the terror group.