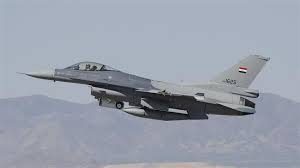 The Iraqi military claimed to have killed 45 Islamic State leaders in an F-16 fighter air strike against a leadership meeting at Hajin near Deir ez-Zour in the Euphrates Valley of eastern Syria.

Those killed included the ISIS “deputy war minister,” a media executive, a police chief and the personal courier of Abu Bakr al-Baghdadi.

No date was specified in the disclosure that was made on Monday. This was the second Iraqi air operation in eastern Syria in less than a month and was described as being in line with Iraq’s cooperation with the Syrian government in the fight against ISIS.