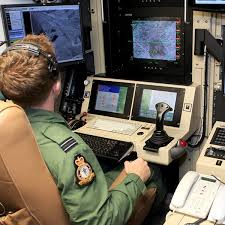 The Ministry of Defence say that as part of the UK’s contribution to the Global Coalition in the fight against Daesh, the Royal Air Force continues to fly daily missions against the terrorist movement in Syria and Iraq.

It is understood that an RAF Reaper maintained surveillance on a set of caves in Northern Iraq on Wednesday the 26th of August, which confirmed the presence of a number of extremists at the site.

“When terrorists were observed at the mouth of one of the caves, the Reaper’s crew engaged successfully with a Hellfire missile, then provided surveillance support to a follow-up attack by two coalition fast jets which struck the rest of the Daesh position.”

The Ministry of Defence say that since liberating the last territory held by Daesh, in March 2019, the RAF has flown daily armed reconnaissance patrols to “prevent the violent extremists from re-establishing footholds in Iraq or Syria”.

This section is intended to provide a bit of background on British efforts in the region and if you’ve read it before, please remember others may not have.

In September last year, the Ministry of Defence had announced that over 1,000 personnel were engaged in theatre and that the Royal Air Force had conducted around 1,000 airstrikes, flying over 2,800 sorties, killing over 3,000 Islamic State fighters.

Last year, it was reported that the Royal Air Force was operating at its most intense for 25 years in a single theatre of operation which far outstripped the UK involvement in Iraq and Afghanistan – RAF jets have dropped 11 times more bombs (1,276 strikes) on Syria and Iraq in the preceding 12 months than they had in the busiest year of action in Afghanistan a decade previously.