You are here: Home / MidEastGulf / Iraq asks for Russian airstrikes in the next days 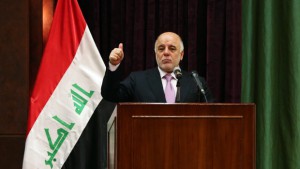 Iraq may request Russian airstrikes against ISIS on its soil soon and wants Moscow to have a bigger role than the United States in the war against the group, the head of parliament’s defence and security committee told Reuters on Wednesday.