You are here: Home / MidEastGulf / Iraq announces the destruction of the most important ISIS facilities near Mosul 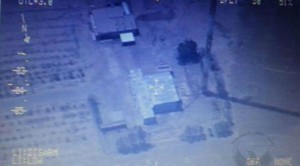 The Military Media cell announced the destruction of the most important facilities of ISIS to manufacture car bombs in an air strike near Mosul.

According to a statement of the cell received by Shafaq News, “based on accurate information from citizens; and after the destruction of booby-trapping plant in the center of Fallujah and a large camp south of Mosul, a quality air strike has been directed in coordination with the international coalition’s aircrafts on the most important ISIS facilities south of Mosul and destroyed it in al-Qayyarah fully where they used it to booby-trap cars to target citizens in the governorates of Iraq. “

Joint Special Operations Command called citizens in areas under the control of ISIS to stay away from their headquarters and the regions of their presence because they are targets that will be destroyed in the coming days, According to a statement