You are here: Home / MidEastGulf / Iraq: about 40 ISIS elements killed including leaders and senior officials in the organization 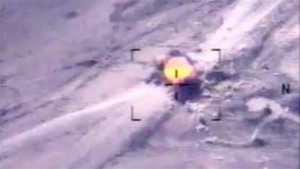 The military cell media announced on Wednesday that the Iraqi air force has launched air strikes targeting sites of ISIS terrorists in Anbar province led to kill and wound dozens of them, including leading figures and senior officials.

The cell said in a statement, that more than 10 ISIS terrorists were killed and five of them were wounded in Hit district western Anbar.

The statement added that a meeting of the terrorist operations has been targeted inside Baghdad that led to kill and wound more than 12 terrorists, including foreigners, in Khurasan terrorist organization.

The statement went on that a group of suicide bombers were killed as they were entering al- Husaybah border region as a result of an air strike, killing and wounding more than 17 terrorists, including suicide bombers from Arab nationality.

The statement said that the outcome of the above strikes was killing 39 terrorists and injuring five others as all sorties were through the Iraqi Air Force / Joint Special Operations Command.

The statement pointed out that most of those killed in these strikes are as follows: