You are here: Home / MidEastGulf / Iraq: 60 Islamic State terrorists killed in airstrikes on their hideouts 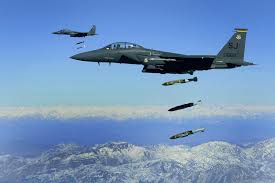 A total of 60 Islamic State (IS) terrorists were killed in airstrikes in a mountainous area in Iraq’s Salahudin province, the military said according to swarajyamag.com.

The Iraqi aircraft, in coordination with the Counter-Terrorism Service (CTS), conducted airstrikes on IS hideouts on March 25 in Himreen mountain range, Xinhua news agency quoted Yahia Rasoul, spokesman of the Commander-in-Chief of the Iraqi forces, as saying in a statement on Wednesday.

On March 24, Rasoul said that the security forces, backed by a US-led coalition, launched the offensive on March 9 and continued for 14 days in the Makhmour mountain range in Nineveh province, destroying 120 IS positions and killing 27 terrorists.

According to Rasoul, March’s offensive forced the IS militants to flee to alternative hideouts in Himreen Mountain in Salahudin province.

The mountains and vast rugged areas north of Baghdad have witnessed intense activities of the terrorists during the past months, despite repeated military operations to hunt them down.

The security situation in Iraq has been improving since security forces fully defeated the IS across the country late in 2017.