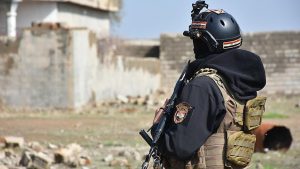 The Counter-Terrorism Service announced that six ISIS terrorists were killed during clashes and air strikes in Makhmour mountains in Nineveh Governorate, like reported by shafaq.com.

In a statement, the service said that the Counter-Terrorism force launched a military operation on Monday afternoon in the Makhmour Mountains to pursue ISIS remnants.”

The agency indicated that 3 terrorists were killed during the clashes while three others tried to flee, before the international coalition aircrafts tracked and eliminated them.