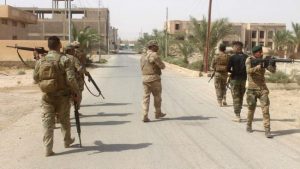 The Iraqi Federal Police have announced killing 18 Islamic State members in an operation, east of Nineveh, like reported by iraqinews.com.

A statement by the command, issued on Thursday, said troops “carried out an operation in Qurret Goukh mountains in search for remnants of Islamic State.”

The operation, according to the statement, “left 18 militants killed and explosives seized.”

In December, the Iraqi Prime Minister Haidar al-Abadi announced gaining control on all the territories that were captured by Islamic State, since 2014.