You are here: Home / MidEastGulf / Iran’s theocratic expansionism among challenges to Gulf security 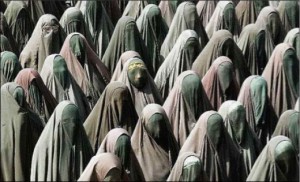 Bahrain’s Ambassador to the United Kingdom Shaikh Fawaz bin Mohammed Al Khalifa said that the two most pressing challenges to Gulf security and stability are Iran’s theocratic expansionism and its violent fundamentalist extremism such as that espoused by Daesh and Al Qaeda before them, BahrainNews Agency (BNA) reports.

“Such challenges are not only faced by the Gulf and the Middle East but also have broader international ramifications to global security and stability,” Shaikh Fawaz said as he addressed members of the British parliament about developments in the Gulf region and the defense relationships between Bahrain and the United Kingdom.

The event, under the umbrella of the UK Defence Forum, was organised by the All Party Parliamentary Group (APPG) on Defense and Security Issues on behalf of its Chairman, former Defence Minister Sir Gerald Howarth MP and was chaired by Jack Lopresti MP, the vice chairman.

In his address, Shaikh Fawaz highlighted concerns over the Joint Comprehensive Plan of Action (JCPOA), stating that it “rewards Iran by unfreezing tens of billions of dollars without any indication that its regime has changed its strategic aim of destabilising the wider region”.

The ambassador cited intercepted Iranian-sourced weapon shipments to Bahrain that include assault rifles, grenades, claymore mines, C4, detonators, and significant quantities of other explosives by people who have extensive ties to the IRGC and Hezbollah.

In terms of the threat of Daesh, Shaikh Fawaz reassured parliamentarians that Bahrain was fully committed through its efforts alongside the international military coalition against Daesh as well as by seconding a Bahraini Diplomat to the Counter Daesh Global Coalition Communications Cell at the Foreign and Commonwealth Office (FCO).

In reference to Bahrain UK defence cooperation, Shaikh Fawaz noted the close ties between the two kingdoms for over two centuries that recently culminated in a bilateral arrangement for the new British Royal Naval Support Facility in Mina Salman.

He noted that “underpinning all of this are our shared values, our common commitment to upholding the rule of law and fundamental rights, and our determination to address threats lawfully and in accordance with international standards.”

Shaikh Fawaz pointed out that the threats outlined in his speech should be overcome through “lawful and effective measures based on strong institutions, community engagement, and the rule of law.”

Such an outcome would be overwhelmingly in the interest of the international and Gulf communities, he said.

MPs, Lords, and other attendees participated in the discussion that followed the speech, asked questions and raised points of mutual interest regarding global and regional security issues such as Syria and Yemen and Bahrain’s foreign policy on those matters.

Lord Campbell of Pittween stated that Bahrain has made significant progress and has taken real steps forward, something acknowledged by those in attendance.

These sentiments were reiterated by Bob Stewart MP who praised the long standing relationship between the two kingdoms and King Hamad bin Isa Al Khalifa’s efforts in cementing Bahrain’s position as a moderate and tolerant example for the region.