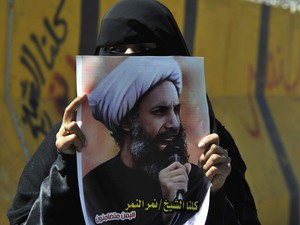 Iran’s Supreme Leader Ayatollah Ali Khamenei threatened regional rival Saudi Arabia with “divine revenge” on Sunday after the execution of a top Shiite cleric known for his activism against the kingdom’s Sunni government.

Saudi national Nimr al-Nimr was among 47 people the Saudi government said it had executed on Saturday after their convictions on terrorism-related charges.

The executions sparked outrage in the region, spurring demonstrators to storm the Saudi embassy in Tehran and set parts of the building on fire.

“The unjustly spilled blood of this martyr will have consequences,” Khamenei said, according to an ISNA state news agency report. “The Saudi leaders will feel divine revenge.”

Al-Nimr repeatedly demanded increased rights for the Shiite minority in Saudi Arabia, who make up some 15 per cent of the population. The cleric never called for an armed uprising and had only fulfilled his religious duties, Khamenei said.

Al-Nimr had been condemned to death in 2014 on charges of causing sectarian strife and disobeying the country’s ruler.