You are here: Home / Analysis / Iran’s support for terrorism 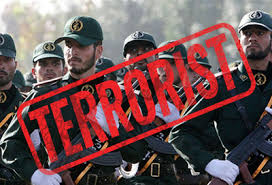 On April 8, 2019, US President Donald Trump designated the Islamic Revolutionary Guard Corps (IRGC) a ‘Foreign Terrorist Organization’ under Section 219 of the United States Immigration and Nationality Act, like reported by eeradicalization.com.

Noting that this latest move by the US would be led by the Department of State, President Trump went on to emphasize that in his view: “Iran is not only a state sponsor of terrorism, but that the IRGC actively participate in, finance and promote terrorism as a tool of statecraft.” The president further noted: “This action sends a clear message to Tehran that its support for terrorism has serious consequences.”

The move to designate the IRGC as a terrorist organization is an important development in the Trump administration’s moves to apply and maintain “maximum pressure” on the Iranian regime; and are in line with the US’ 2018 decision to withdraw from the Joint Comprehensive Plan of Action (JCPOA) – the 2015 Iran nuclear agreement, the subsequent imposition of harsh sanctions and, most recently, renewed naval skirmishing in the waters around the Gulf.

While international observers are near unanimous in agreeing that, ever since the 1979 revolution, Iran has relied on non-state actors and state militias, most notably the IRGC, to pursue both domestic and international goals, many critics of the Trump administration immediately denounced his decision, arguing that it was not justified on the basis of any observable evidence, and that it amounted to little more than a piece of political theatre designed to deflect recent criticism of Mr Trump’s erratic approach to Iran.

In seeking answers to these questions, almost immediately questions of perspective and interpretation come into play. The very term ‘terrorism’ largely defies definition because it rests primarily on the subjective eye of the beholder. It is a reminder of the old aphorism that “one man’s terrorist is another man’s freedom fighter”. Legalistic definitions vary from country to country.

Germany defines terrorism as: “Acts committed for political, religious, ethnic or ideological purposes suitable to create fear in the population or any section of the population and thus to influence a government or public body.”

Similarly the United Kingdom defines a terrorist act as: “Acts of persons acting on behalf of, or in connection with, any organization which carries out activities directed towards the overthrowing or influencing, by force or violence, of her Majesty’s government in the United Kingdom or any other government de jure or de facto.”

While in the United States, the law states: “An act of terrorism is … part of an effort to coerce the civilian population of the United States, or to influence policy or affect the conduct of the US by coercion It must be committed as part of an effort to coerce U.S. civilians or to influence either policy or conduct of the U.S. Government through coercion.”

Despite the obvious differences in their precise wording, these definitions share an understanding that terrorism embraces the use of violence in order to influence or coerce much wider audiences – arguably ever more easily achieved in this era of mass and immediate communication using a multiplicity of channels, including social and mainstream media, and to undermine the fabric of the state, whether it be democratically elected, authoritarian, dictatorial or whatever. So, for most governments, the focus is on the act of violence, its wider impact on public opinion and the extent to which it erodes confidence in authority.

However, when considering Iran, it may be argued that these narrow definitions fail to encompass the principal aims of Iran-backed militias or its array of violent non-state actors.

Looking at Iran through the singular prism of American interests in the wake of Trump’s designation of the IRGC, there was criticism and even indignation that there was little or no justification, let alone explanation, for taking this action. There was certainly no attempt to base the decision on specific evidence that Iran had breached national or international law.

Writing in the liberal media outlet, The New Republic, commentator Jefferson Morley accepted that “the complex truth is that the threat of Iranian terrorism is real.” But he then added: “It is also small.”

Speaking to much-respected terrorism experts Bruce Riedel and Bruce Hoffman, they similarly supported this point, with Riedel only noting direct IRGC attacks on the US military in Iraq between 2003 and 2008, and Hoffman reaching further back still to the IRGC’s role in the US embassy bombings in Beirut in 1983 and 1984.

As Morley also angrily declared: “By any objective measure, it [Iranian terrorism] is a much smaller threat to Americans and the world than either Sunni terrorism or white nationalist terrorism.” His underlying argument implying that while Iran is punished, Saudi Arabia is lauded, despite the fact that, in his conception, the threat to the US from Iranian terrorism remains relatively minor while the challenges posed by Sunni extremism, frequently alleged to be Saudi backed or funded, continue to be substantial.

But Morley and his fellow critics also seem to miss the salient point. Terrorism has to be considered not just at what the military call the ‘tactical level’, such as the attack on The Bataclan theatre in Paris, using cars to kill pedestrians on London’s bridges, or even flying aircraft into high-rise buildings. In large measure, it seems that these acts of tactical terrorism are not the main focus of the Iranian regime or the IRGC.

Equally, it should be understood, unequivocally, that Iran uses the tools and the ‘doctrine’ of terrorism to pursue national strategic interests. It seems that it is in this misunderstanding of the difference between strategy and tactics that critics mistake Iran’s involvement in and support for global terrorism.

As Lawrence Freedman observed in his 2007 analysis of ‘Terrorism as a Strategy’: “terrorist activity should be evaluated as strategy, so that dealing with the phenomenon requires not only denouncing it for its warped morality and inhumanity but also understanding motives and methods, treating it as purposive and instrumental and not just wicked.”

In justifying its designation of the IRGC as a ‘Foreign Terrorist Organization’, the US State Department released some interesting data. It estimates that since 2012, Iran has spent more than $16 billion dollars directly and indirectly supporting militias and other non-state actors in support of the Assad regime in Syria, on the Houthi rebels in Yemen and in support of Shiite fundamentalists in Iraq.

The US State Department also estimates that Iran has funded Hezbollah in Lebanon to the tune of $700 million per year since its formation in the early 1980s, and a further $100 million each year on supporting Hamas in Gaza. Making the case for tough action against Iran, the State Department’s Assistant Under-Secretary for Civilian Security, Nathan Sales, told an audience at the Washington Institute in November 2018, that not only does the Iranian regime neglect the Iranian people by prioritizing “buying guns and bombs for foreign terrorists” but, in the view of the United States, it does so as part of a strategy aimed at undermining the Gulf states.

Isolated and to a large degree impoverished, the Tehran regime lacks the freedom or the resources to acquire sophisticated weaponry or to train its military to the levels required to be confident of victory in a conventional war against its Gulf neighbors, let alone Israel. At the same time, Iran’s leaders continue to see their country as a regional power that remains in competition with its regional adversaries to exert control and influence over the wider Arab world.

Accordingly, it is argued that Iran does, indeed, continue to embrace terrorism as a strategic weapon and tactical tool in its continuing struggle to sustain and export Shiite Islamic revolution to the region and the wider world. Seen from this perspective, Iran’s leaders use terrorism as a form of asymmetric warfare to offset its traditional conventional weakness. Support for terrorism also seems to align with Iran’s narrative of continuous revolution.

While Jefferson Morley may be right to point out that Iranian terrorism presents little or no risk to the American homeland, it also seems entirely right for President Trump to proscribe the IRGC as a ‘Foreign Terrorist Organization’ because, through Iran’s pursuit of policy through violent and unconventional means, that is exactly what it is. There is plenty of evidence to show that the IRGC, whether through the actions of Hezbollah in Syria and Lebanon, the Houthi in Yemen or Hamas in Palestine, continues to use terrorism to pursue Iran’s goal of destabilizing the Arab World through engendering fear and uncertainty in order to foment unrest, undermine the authority of other governments and exert Iran’s influence across the region and the wider world.