You are here: Home / MidEastGulf / Iran’s role in Syria and Iraq 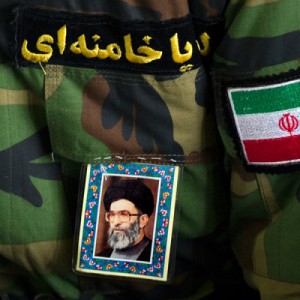 The rise of ISIL has made Iranians more supportive of their government’s interventions in Syria and Iraq, but public opinion also limits Tehran’s ability to become more directly involved in these conflicts.

Most Iranians now endorse Tehran’s financial and military support for the Syrian and Iraqi governments in their fight against the brutal extremist group, but they remain overwhelmingly opposed to risking Iranian lives by deploying troops in these conflicts.

“The public now view Iraq and Syria as allies without whom Iran would be forced to combat ISIL and Al Qaeda directly and on its own,” said Amir Farmanesh, co-founder and president of IranPoll.com, which conducts regular polls on Iranian public opinion.

Polls in May showed the vast majority, 86.3 per cent, also felt that president Hassan Rouhani had improved the country’s security situation, endorsing the government’s handling of the crises.

The emergence of ISIL has shifted attitudes toward the Syrian conflict.

Two polls conducted by Gallup revealed a drop in Iranian support for the war in Syria from 2012 to 2013, with most Iranians at the time not following the conflict at all despite their government’s heavy involvement. This changed dramatically following ISIL’s gains in mid-2014, Iranian analysts said.

“When ISIL attacked Mosul, Iranians felt threatened. Now people think that if we don’t fight ISIL in Syria and Iraq, we will have to fight them here in our own territory,” Mahmoud Pargoo, an Iranian political analyst and PhD candidate at the Australian Catholic University said.

Iranian public opinion of Syrian president Bashar Al Assad has been mixed since the uprising against him began in 2011, but with the changing paradigm of the conflict, many Iranians now see the war as one of pre-emptive defence against ISIL, rather than in support of Mr Al Assad.

“While the public is not necessarily happy with Mr Al Assad, they consider Daesh a great menace that needs to be crushed,” said Mehrzad Boroujerdi, an Iran expert and professor of political science at Syracuse University in New York.

Details of Iran’s involvement in Syria and Iraq remain murky, as Tehran does not disclose information related to its military activities abroad. But the Islamic Republic has been widely reported to have provided Syria and Iraq with substantial financing and military aid, mostly in the form of advisers.

While Iran has suffered a few casualties in both the Syria and Iraq wars, analysts say there has been little evidence showing direct Iranian involvement in combat. Mr Pargoo believes that only the “very ideological” of Iranians have volunteered to fight in Syria and Iraq.

Iran’s preference is to establish local militias in conflict zones, as opposed to sending in its own forces. This has been evident in both Syria and Iraq, where the Iranians have helped establish, train and guide militias such as the National Defence Forces in Syria and the Popular Mobilisation Forces in Iraq.

This is rooted not simply in geopolitical calculations but also in Iranian domestic opinion that is averse to sending its sons to fight abroad.

“Iranians have a very high bar for when Iran’s military should become actively and directly involved in these conflicts,” Mr Farmanesh said.

According to Mr Pargoo, they see no moral justification for direct Iranian involvement as Iran is not under attack. “That’s an important reason why Ayatollah Khamenei has not sent troops to the battlefronts in Iraq and Syria, because he cannot justify it and persuade the Iranian people,” he said.

The mass protests following the 2009 presidential election continue to play on the minds of Iran’s leaders, who are now more sensitive to public opinion, Mr Boroujerdi said.

Iranian fighters returning in body bags is a scene they wish to avoid so as to not turn public opinion against them. This has limited Iran’s ability to back its allies in Syria and Iraq to a support role.

While Iraqi Shiite militias are easily filling their ranks, this constraint on Iranian support is proving costly in Syria, where government forces are struggling with manpower shortages – a weakness Mr Al Assad admitted to this week. Iran’s assistance in establishing local militias has not been enough to prevent pro-Assad forces from suffering significant losses in recent months.

Despite Iranian Revolutionary Guards chief Qassem Suleimani promising a “surprise” in Syria in June after a string of regime losses, the Iranians appear to be sticking to their policy of not deploying Iranian combat units in Syria.

Instead, reports have pointed to the extra deployment of mostly Iraqi Shiite militiamen and Lebanese Hizbollah units in Syria to support Mr Al Assad’s beleaguered forces.

“The rulers know that the Iranian public are not supportive of direct Iranian involvement. Even though the Syrians need forces, the Iranians haven’t sent any,” Mr Pargoo said.