You are here: Home / MidEastGulf / Iran’s Revolutionary Guards: We have armed 200,000 fighters in the region 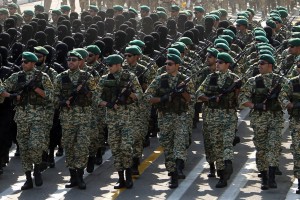 In a speech during the memorial service of one of the Iranians killed in Syria, Jafari said: “The current developments in the region, the formation of Daesh and Takfiri groups, and the events that occurred in the past years are paving the ground for the emergence of Imam Mahdi, and you can now see the positive results in the readiness of nearly 200,000 young armed in Syria, Iraq, Afghanistan, Pakistan and Yemen.”

He explained that “the Islamic revolution in Iran faced many threats and risks,” adding that Iran has prepared thousands of fighters in and out of Iran to defend what he called “the axis of resistance”.