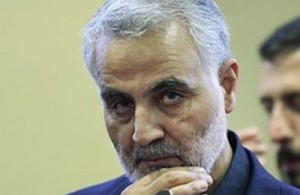 The newspaper did not specify whom Soleimani met in Moscow and speculated that the visit involved Russian-Iranian efforts to cooperate in Syria.