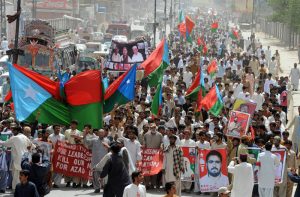 Armed terrorists martyred the Commander of the Kurin Battalion of Brigade 110 of the IRGC’s Salman Unit when he was en route to Khash from Zahedan on Monday, an informed source told IRNA.

The informed source, who was speaking on condition of anonymity, noted that the Basij volunteer forces, accompanying the late commander, killed two of the assassinators during the attack.

The IRGC commander was traveling to Kurin district, 80 kilometers, West of Zahedan to visit the Kurin Battalion.