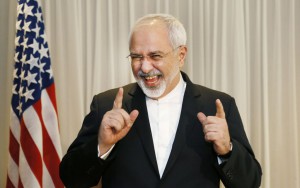 In late March, Rouhani visited Pakistan to push for the completion of a $7 billion Iran-Pakistan gas pipeline. Iran has completed the pipeline on its side of the border, but Pakistan, citing international sanctions, did not construct its side of the line. Rouhani did not get a commitment from Pakistani leaders to finish the project, even though sanctions no longer apply and despite Pakistan’s pressing need for more electricity. Pakistan faces pressure to commit to alternative projects, including one being promoted by China, a key ally of Pakistan. Strategically, Rouhani obtained pledges of increased cooperation against South Asia-based affiliates of the so-called Islamic State (http://soufangroup.com/the-islamic-state/) , while also seeking to halt Pakistan’s move closer (http://soufangroup.com/tsg-intelbrief-overlapping-orbits-iran-saudi-arabia-circle-each-other-in-pakistan/)  to Iran’s main adversary, Saudi Arabia
(http://soufangroup.com/tsg-intelbrief-saudi-arabias-escalating-fight-with-iran/) . In December 2015, Pakistan joined the Saudi-led ‘anti-terrorism coalition’ (http://soufangroup.com/tsg-intelbrief-deciphering-the-saudi-islamic-military-coalition/)  of 34 mostly Sunni-led countries which was announced as a response to the Islamic State but which Iran fears is directed at reducing Iran’s regional influence.

Rouhani had also planned to visit Iraq in late March to formally unveil a newly-constructed natural gas pipeline that will improve the electricity supply to Baghdad and Basra by July 2016—peak summer demand. Large protests over electricity shortages took place in Baghdad in 2015, and added supplies will presumably strengthen Prime Minister Haider al-Abadi, a key ally of Tehran. The Rouhani visit was canceled by Iran ostensibly for ‘security reasons,’ but Iran retains significant influence in Iraq through its provision of arms and training to several Shi’a militias (http://soufangroup.com/tsg-intelbrief-irans-iraq-strategy-militia-support-and-military-intervention/) . Iran revived the militias in 2014 to help the Iraqi Security Forces (ISF) (http://soufangroup.com/tsg-intelbrief-iraqi-forces-central-to-fight-against-islamic-state/)  recapture Iraqi territory from the Islamic State, and the militia commanders are powerful allies for Iran inside Iraq. Yet, the Iraqi government
relies on armed support from Iran’s foremost rival, the United States, which is preparing to help the ISF recapture Mosul (http://soufangroup.com/tsg-intelbrief-one-year-since-mosul/)  and thereby shatter the Islamic State’s declared ‘caliphate (http://soufangroup.com/tsg-intelbrief-the-caliphate/) .’ Iran seeks to ensure that the Shi’a militias are integrated into the battle for Mosul and that the United States does not use its role in the operation to secure an indefinite U.S. military presence in Iraq.

Iran sees no contradiction between re-integrating into the global community and defending Iran’s core regional interests, such as keeping Assad in power and supplying Lebanese Hizballah (http://soufangroup.com/tsg-intelbrief-iran-and-the-fight-for-syrias-future/) . Rather, Rouhani and other Iranian leaders believe that diplomacy will provide Iran with additional economic resources to pursue its regional strategy with increased vigor. Iran is in discussions to forge new energy and transportation projects with Russia, Armenia, Georgia, and even some Persian Gulf states. In so doing, Iran seeks to use its energy resources and central geopolitical position to ensure the support of additional powers, particularly Russia, for Iran’s regional policies. Russia and Iran are the two main backers of Assad in Syria. Iran’s economic dealings with Armenia and Georgia help Iran in its competition with neighboring Azerbaijan, which is Shi’a-inhabited but is allied with the United States and,
to some extent, Israel against Iran (and Russia).

By proposing new energy pipelines and joint industrial ventures with those Gulf states most amenable to dealings with Iran, such as Kuwait and Oman, Tehran is trying to break Gulf state unity and weaken Saudi regional influence. Iran hopes to promote a settlement in Yemen that is favorable to the Houthi rebels and to blunt Saudi-led insistence that Assad relinquish power soon. Iran sees Assad as critical to maintaining a route to keep Lebanese Hizballah well-supplied. As part of its seemingly existential conflict (http://soufangroup.com/tsg-intelbrief-the-greatest-threat-in-the-middle-east/)  with Saudi Arabia, Iran also seeks to contrast its economic diversity with Saudi Arabia and the other Gulf states. Iran is attempting to show that it is a viable economic partner because it has reduced its dependency on oil revenues and is emerging as a competitive light industrial power with a trained workforce. Saudi Arabia and the other Gulf countries remain dependent on oil and, as a
result of low oil prices (http://soufangroup.com/tsg-intelbrief-opec-the-oil-market-and-middle-east-crises/) , face a deteriorating economic future (http://soufangroup.com/tsg-intelbrief-accelerating-threats-amid-slowing-economies/).