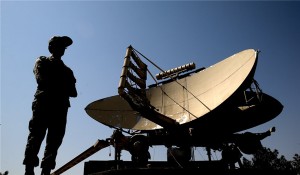 Iran’s air defense commander said that Iran’s new radar systems are capable of detecting threats from beyond the country’s borders.

The two newly integrated ‘Nazir’ and ‘Bina’ radar systems that came into service on Tuesday are capable of detecting aerial threats far away from Iran’s borders, said Iran’s air defense commander.
The Nazir radar-system is a long-range high resolution radar. It can be used against anti-radiation missiles as it is capable of detecting targets with small cross-section areas in ranges of 800 kilometers and at 100,000-feet altitudes.The Bina radar system is a 3-dimensional radar that can identify radar-evading targets and be used for electronic warfare.

Iran’s Air Defense Commander Brigadier General Farzad Esmaili praised the new radar systems as “unprecedented” and difficult for the enemy to identify. The Nazir and Bina radar systems work in wavebands that are impossible to overhear, the general added, saying that the advanced systems can detect wide-body flying objects as well as stealth aircraft.