You are here: Home / MidEastGulf / Iran’s hybrid warfare in Yemen 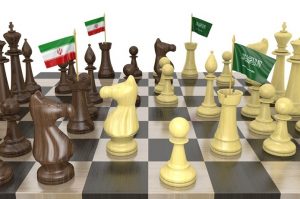 Iran may deploy more advanced military capabilities to Yemen to support the al Houthi-Saleh faction, which faces increasing pressure, like reported by criticalthreats.org . Iran has provided al Houthi-Saleh forces with sophisticated arms and advisors from its proxy network, including Afghan and Shia Arab specialists. The deployment of interoperable proxy forces is part of  Iran’s evolution of a form of hybrid warfare that will allow it to project significant force far from its borders and fundamentally alter the balance of power in the region.

Iran may increase its engagement in Yemen if U.S.  support for the Saudi-led coalition threatens the al Houthi-Saleh faction’s  survival.

Iranian weapons are appearing on the Yemeni battlefield.