You are here: Home / MidEastGulf / Iran’s ‘drug terrorism’ against Arabs 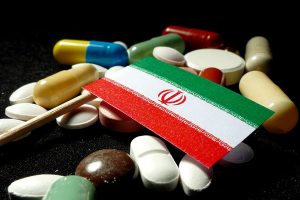 While Israel is seeking to dissuade the Biden administration from rejoining the 2015 nuclear deal with Iran — currently the subject of indirect negotiations in Vienna — Tehran’s mullahs and their Lebanese Hezbollah terror proxy are busy drowning the Arab countries with drugs, like reported by jewishpress.com.

Last week, Saudi Arabia’s ambassador to Lebanon, Walid Al-Bukhari, revealed that Saudi authorities recently foiled an attempt to smuggle large quantities of drugs from Lebanon. The smuggled drugs, he said, were “enough to drown the whole Arab world. The drugs were not meant to be distributed in the Kingdom of Saudi Arabia only, but also in different parts of the Arab world.”

Al-Bukhari’s remarks came days after Saudi Arabia announced that it had thwarted an attempt to smuggle 2.4 million narcotic tablets into the Kingdom hidden in a shipment of pomegranates.

The smuggling attempt drew sharp criticism from many Arabs, who accused Hezbollah and Iran of exporting various types of drugs to the Arab world and other countries.

The failed attempt to smuggle drugs into Saudi Arabia is also threatening to intensify the economic crisis in Lebanon as the Saudi authorities announced a ban on the entry of Lebanese produce into the kingdom.

“Many experts believe Hezbollah and Iran made a conscious decision to deluge their Arab and Western enemies with chemicals that could ruin millions of lives,” commented Lebanese journalist and columnist Baria Alamuddin. “Using agricultural products and bulk goods as a cover for weapons and narcotics smuggling has become the well-established modus operandi, making import bans on Lebanese products inevitable.”

Alamuddin pointed out that social media has been “alight with the story of arrested drug lord Hassan Daqou, with images of him engaging with senior Hezbollah officials and with Hezbollah flags proudly displayed on his desk. Drug dealers and warlords are living in palaces while law-abiding citizens starve!”

She also noted that Hezbollah was exploiting its connections with the Lebanese diaspora to make itself a dominant player in the global trade in cocaine, heroin and weaponry. “The cultured, civilized Lebanon we know and love has always flourished when it’s been at the heart of the Arab world. Let’s throw out the terrorists, drug-dealers and warlords and work to restore this beautiful nation,” Alamuddin added.

Her sentiments, shared by many Arab political analysts, journalists and social media users, reflect a growing concern in Lebanon and other Arab countries about Iran’s ongoing effort to undermine security and stability in the Middle East.

These Arabs are also sending a warning to the Biden administration and the West to reconsider their policy of appeasing Iran’s mullahs: While you are cozying up to the mullahs, Iran and its proxies are drowning the Arab world with dangerous drugs.

“Israel is far more honorable than the drug-dealers,” said Saudi academic Turki Al-Hamad. Referring to Hezbollah and Iran, he added:

“[The drug dealers’] ultimate goal is to destroy Saudi Arabia by every available means. They are smuggling weapons and drugs to the Gulf states, but when they are confronted, they accuse the governments of these states of siding with Israel, and they raise the slogan of liberating Jerusalem, while their missiles are only targeting Riyadh and Mecca.”

Al-Hamad was referring to recurring missile and drone attacks on Saudi Arabia by the Iranian-backed Houthi militia in Yemen. He is saying, in other words, that Iran and its proxies continue to threaten the Arab countries that signed normalization agreements with Israel, including the United Arab Emirates and Bahrain.

A Lebanese journalist told the Saudi satellite TV channel Al-Ekhbariya that Hezbollah’s fatwas (Islamic rulings) are responsible for smuggling drugs into the Kingdom, according to Emirati writer and journalist Mohammed Al-Maskary.

Al-Maskary pointed out that Hezbollah controls the entrances and exits of Lebanon, and that the terrorist organization’s fatwas consider that selling drugs to “hostile societies as a legal and moral duty that does not and contradict the concept of resistance [against Israel].”

He added that Hezbollah has become “a criminal organization whose danger has gone beyond the stage of terrorism and military operations. The Hezbollah project has become the destruction of people through drugs.”

Many Lebanese are now worried that other Arab countries could follow in the footsteps of Saudi Arabia and impose a ban on the import of agricultural products from Lebanon. This concern came in the wake of calls by several Gulf citizens on their governments to ban Lebanese goods and agricultural products.

“We hope that the rest of the Gulf countries will take similar measures against Lebanon,” wrote a gulf social media user called Bader on Twitter.

“The Lebanese government must bear responsibility because it allowed the exit of containers from its territory while they were full of drugs. This is a punishment until [Lebanon] fixes its internal affairs.”

“The Iranian party in Lebanon (Hezbollah) is gambling with the sustenance of the Lebanese by smuggling drugs through agricultural products,” complained social media user Ibn Al-Arabi on Twitter.

Now that Iran is talking about the possibility that the US sanctions on oil, banks and other sectors and individuals may be lifted based on agreements reached so far at the Vienna talks, it is likely that the drug trafficking by the mullahs and their terror groups in Lebanon, Yemen, Iraq and Syria will increase.

Many Arabs are expressing outrage about the export of drugs to their countries. They desperately fear that the US and other Western countries will wind up facilitating the mission of drowning the Arab countries with drugs.

They are sending a clear message to the Biden administration and those who are negotiating with Iran: Do not do anything that will help the terrorists and drug-dealers kill more Arabs.