You are here: Home / MidEastGulf / Iran’s close connections to Al-Qaeda don’t surprise no one 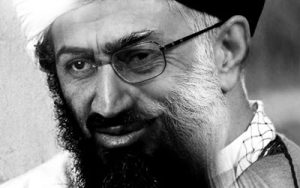 According to a recent report in The New York Times, which cited information from intelligence officials, Al-Qaeda’s second-in-command, Abdullah Ahmed Abdullah, also known as Abu Mohammed Al-Masri, is dead. He was reportedly gunned down, at the behest of the US, by two Israeli operatives in the streets of Tehran on Aug. 7 along with his daughter, the widow of former Al-Qaeda chief Osama bin Laden’s son, Hamza, like reported by arabnews.com.

Al-Masri, who would more than likely have been the successor to Al-Qaeda’s current leader, Ayman Al-Zawahiri, was accused of taking part in the bombings of two US embassies in Africa in 1998. Iranian authorities attempted to cover up his death because they do not want it to be known that they have any links to Al-Qaeda. Tehran also wants to maintain its narrative, and misconception, that Iran’s Shiite government is an enemy of Sunni extremist groups.

Some people were surprised that Al-Qaeda’s second-in-command was living in Iran. However, the country’s connections to the terrorist organization should not come as a surprise to anyone, for several reasons. Even though the regime is known to sponsor, support and arm Shiite militias and terror groups, it has a long history of forming alliances with nonreligious or extremist Sunni groups with which it shares common strategic interests. Iran’s links with the communist regimes of North Korea and Venezuela are prominent examples.

Iran and Al-Qaeda share several common interests. Tehran is attracted to the organization because they both view America as their main enemy, and the group has carried out several successful terrorist attacks against the US. Al-Qaeda is also a threat to Gulf states which Iran views as regional rivals. The theocratic Iranian establishment most likely provided Al-Masri with the resources to carry out his campaigns against the US and Gulf states.

In addition, Al-Qaeda’s modus operandi is anchored in efforts to destabilize the region and create chaos, which is a ripe environment that the Iranian regime, the Islamic Revolutionary Guard Corps (IRGC) and its proxies and militia groups can exploit and prosper from.

The US government has targeted the IRGC with sanctions and designated it as a foreign terrorist organization. “The IRGC actively participates in, finances and promotes terrorism as a tool of statecraft,” said US President Donald Trump. “The IRGC is the Iranian government’s primary means of directing and implementing its global terrorist campaign.”

Al-Qaeda also provides the Iranian authorities with the opportunity to increase their military presence and influence in other countries, such as Iraq, on the pretext of fighting against terrorist groups. This is why Al-Qaeda has carried out attacks in many countries but has never targeted Iran.

More importantly, there exists an abundance of evidence linking Iran to Al-Qaeda. A former spokesman for the IRGC, Said Qasemi, shared a surprising revelation when he stated that the Iranian government sent agents to Bosnia and Herzegovina to train Al-Qaeda members. He added that Tehran’s operatives hid their identity by posing as humanitarian workers for Iran’s Red Crescent.

Another Iranian official, Hossein Allahkaram, who is believed to be one of the operatives sent to Bosnia and Herzegovina, confirmed this, saying: “There used to be an Al-Qaeda branch in Bosnia and Herzegovina … They were connected to us in a number of ways. Even though they were training within their own base, when they engaged in weapons training they joined us in various activities.”

In addition, a trove of 470,000 documents released by the CIA in late 2017 pointed to close ties between the Iranian regime and Al-Qaeda. The terror group’s former leader, Osama bin Laden, advised his followers to respect the Iranian government and wrote that Iran was the organization’s “main artery for funds, personnel and communication.”

For more sophisticated training, Al-Qaeda members traveled to Lebanon. According to the documents, Iran provided them with “money and arms and everything they need, and offered them training in Hezbollah camps in Lebanon, in return for striking American interests in Saudi Arabia.”

It is likely that three Iranian institutions have long been instrumental in helping Al-Qaeda: The IRGC, its elite Quds Force and the Intelligence Ministry.

Iran was also implicated in the 9/11 terrorist attacks in 2001, before which Tehran allowed Al-Qaeda operatives to travel through the country without visas or passports. Robust evidence, including a US federal court ruling, suggests that “Iran furnished material and direct support for the 9/11 terrorists.” Eight of the hijackers passed through Iran before coming to the US. Tehran provided funding, logistical support and ammunition to Al-Qaeda leaders, and sheltered several of them, in exchange for attacks on US interests. The evidence proves Iran’s alliance and friendship with Al-Qaeda, and is indisputable.