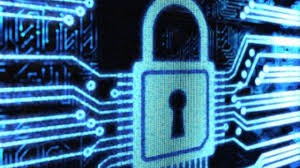 Although, when it comes to cyberattack capabilities, some the most advanced (the top three countries) are reported to be the United States, China, and Russia, however, the Islamic Republic of Iran is also considered one of the top countries in conducting cyberattacks and utilizing cyber technology.

The speedy advancement of Iran’s cyber program is crucial, as it only began few years ago. The Islamic Republic began heavily investing on its social media, Internet and cyber welfare capabilities after the protests which erupted in the 2009 contested election of Mahmoud Ahmadinejad. Iranian leaders became cognizant of the significance of social media in galvanizing people and advancing political interests.

Outlets such as Halal Internet, national Internet, mehr (used instead of Youtube), and surveillance programs were increased. Reportedly, Iran obtained advanced surveillance software to monitor the population, mainly from China. The Islamic Republic invested more than $1 billion in cyber infrastructure and technology, as well as recruiting more than 100,000 personnel.

Soon after, in 2012, Iran’s supreme leader, Ayatollah Ali Khamenei ordered the establishment of the Supreme Council on Cyberspace in order to form cyber policies. This Council became an indispensable pillar of Iran’s Revolutionary Guard Cops and Iran’s foreign and domestic policies.

Iran’s cyber program was designed, from the outset, to be offensive and proactive in nature. Iranian leaders are aware that they would not be successful when it comes to military confrontation with some powerful regional and international nation-states. The alternative to a physical war is a virtual one where it is almost impossible to hold Iranian leaders accountable.

As Abdollah Araqi, deputy commander of ground forces in the Islamic Revolutionary Guard Corps (IRGC) pointed out, according to the Iranian Students’ News Agency (ISNA), “We have armed ourselves with new tools, because a cyber war is more dangerous than a physical war.”

A few years after initiation, Iran’s cyber capabilities became the world’s fourth biggest cyber army according to an official of the Islamic Revolutionary Guards Corps. Even Israeli major think-tanks acknowledged Iran as a major cyber power.

Iran’s cyber warfare capabilities have not reached those of China, the US or Russia yet. But it is advancing at a pace that needs to be addressed adequately by regional and global powers

The Israeli-based Institute for National Security Studies stated that “IRGC clearly makes the country one of the best and most advanced nation when it comes to cyberwarfare. In a case of escalation between Iran and the West, Iran will likely aim to launch a cyberattack against critical infrastructures in the United States and its allies, including energy infrastructure, financial institutions, transportation systems, and other.”

In 2013, the United States banking systems were attacked at an unprecedented level. The online banking sites of institutions such as Bank of America, JP Morgan Chase, Wells Fargo, and Citigroup were affected. US officials stated that the level of sophistication pointed to the Iranian government. In addition, US intelligence pointed out that the Islamic Republic was behind the “Shamoon” virus which targeted computers of Saudi Arabia’s Aramco oil corporation.

And more recently, last week, the Justice Department indicted seven Iranian citizens for distributed denial of service (DDoS) attacks in against 46 companies mainly in the banking and financial sector. Iran also began reportedly exporting its cyber capabilities to its proxies and allies such as the Syrian government in order to suppress the opposition and popular uprising.

Iran’s cyber warfare capabilities have not reached those of China, the US or Russia yet. But it is advancing at a pace that needs to be addressed adequately by regional and global powers. From Khamenei’s perspective, the future of Iran’s cyber program is a matter of national security. Iranian leaders can accomplish several objectives by advancing their cyber welfare capabilities.

First of all, domestically speaking, IRGC leaders can more easily control the opposition and dissidents. Secondly, as an offensive tool, Iran can advance its ideological, geopolitical, and strategic ambitions by sending a strong message to other nations about their vulnerabilities vis-à-vis Iran. Tehran can also warn its rivals by inflicting damage on their major state institutions and infrastructures. Finally, Iran needs the advanced cyber program in order to protect its nuclear sites in case of foreign cyberattacks.

In the new age of globalization, the Islamic Republic is adapting fast to the modern cyber technology in order to complement its IRGC military prowess in order to achieve its regional hegemonic and ideological ambitions.