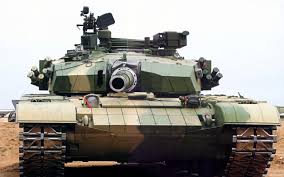 Preparations have been made for the purchase of the Russian tanks, and the Iranian army will soon obtain the combat vehicles, Pourdastan was quoted as saying by Tasnim news agency.

Iran is producing T-72 tanks with good capacities, but the Russian-made T-90 ones are more advanced, the Iranian commander said.

Last month, the Russian presidential aide Vladimir Kozhin also said that Moscow would begin to deliver the modernized S-300 missile defense systems to Teheran by the end of current year.

In early April this year, Russian President Vladimir Putin signed a decree to lift the ban on sales of S-300 anti-aircraft missile systems after Iran and six world powers, including Russia, reached a framework accord on parameters of Iran’s controversial nuclear program.