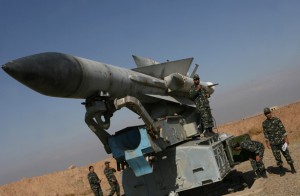 “Rocket and missile capabilities of the army’s ground force are improved, the commander said, adding the capabilities will be evaluated in the two-day exercise.

Tehran held a similar drill last May and tested a series of its newest domestically-made missiles.

Iranian media outlets report that Iran has made great achievements in its defense sector and attained self-sufficiency in producing essential military equipment and systems in recent years.

Tehran established an arms development program during the Iran-Iraq war in the 1980s to counter the weapons embargo imposed on it by the U.S. and its Western allies.