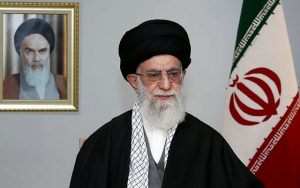 Over the last year, Supreme Leader Ayatollah Ali Khamenei has removed or reassigned five senior military commanders, including making key changes within the country’s air force — a sign that he might be taking military threats against Iran seriously, like reported by iranwire.com.

The latest move from the Supreme Leader came on August 19, when he replaced General Hassan Shahsafi with Brigadier General Aziz Nasirzadeh, a former F-14 Tomcat pilot and veteran of the 1980s Iran-Iraq war, as the new commander of the air force.

But of particular importance was the May 29 appointment of Brigadier General Alireza Sabahifard as the commander of Khatam al-Anbia Air Defense Base, which controls Iran’s land-based air defense system. He replaced Brigadier General Farzad Esmaili.

But the most important changes relate to the air force. In less than three months, it witnessed the dismissal of two senior commanders. And on August 21, following the last change in command, Iran’s Aviation Industries Organization and the Ministry of Defense and Armed Forces Logistics unveiled Kosar, the first Iranian-made fighter jet. The unveiling coincided with the National Day of the Defense Industry and was meant to prove to the world that claims made by the Islamic Republic in the last few years about advances in its air force technology were true.

Khatam al-Anbia Air Defense Base is the command and control center for identifying, tracking and countering aerial threats. In early 2009, Khamenei ordered the base, which had been part of the Iranian air force, to become an independent command in charge of all air defense installations and armaments, from radar and information-gathering systems to surface-to-air missiles.

But the gap between the Western offensive armament, especially that of the US, and Iran’s defensive air system is still very wide. In 2017, 48 senior military experts published a study in the quarterly journal Strategic Defense Studies, published by the Supreme National Defense University, which is run by the General Staff of the Islamic Republic Armed Forces. Their research identified 15 serious threats to the Iranian air defense system in case of a first strike from an enemy [Persian PDF].

The study ranks the threats and vulnerabilities in the order of severity as follows:

Khatam al-Anbia Base was identified as being extremely vulnerable to intercontinental or “strategic” missiles. It is very difficult for land-based defense systems to defend against such missiles because their warheads are released when the missiles reenter the atmosphere.

A cruise missile is a guided missile that, unlike ballistic intercontinental missiles, does not leave the atmosphere and flies at a constant speed during most of its flight. A cruise missile is basically a small, pilotless and self-navigating airplane that can travel at high subsonic or supersonic speed; it can deliver a large high-explosive bomb to a precise location, often within a meter of the target.

A cruise missile can be launched from land, air, surface ship or submarine at ground targets or at ships, and they can reach their targets via an indirect path.

The study found cruise missiles to be the second most dangerous threat to Khatam al-Anbia Base and evaluated the ability of the base to destroy such missiles as “low.”

A command and control system is comprised of an arrangement of personnel, equipment, communications, facilities, and procedures employed by a commander in planning, directing, coordinating, and controlling forces and operations in the accomplishment of the mission.

One of the most important components of such a system is “situational awareness,” which includes the ability to maintain exact and real-time information about the position of all military assets around the globe, whether a country or force’s own, or those that are under the control of the enemy.

The United States has invested heavily in its sophisticated Global Command and Control System (GCCS) so that it can provide timely information to its commanders and forces engaged in military operations all over the world. “Misleading” such a system is not an easy undertaking.

Laser-guided bombs and precision-guided munitions do not have propulsion systems of their own, but they do have forward velocity when they are dropped from a plane. They are guided by their built-in optical, laser and GPS guidance systems and can destroy the intended targets with a very high accuracy.

Unmanned aerial vehicles, or drones, are guided by a ground-based controller. They fly at sub-sonic speed and can fly over a designated area for more than 21 hours, usually using stealth technology to hide from radar. Ground controllers determine the right moment to instruct drones to drop munitions or shoot rockets attached to them.

Military personnel launch tactical ballistic missiles from mobile platforms that can be easily moved around, making it difficult to pinpoint their location and to take preemptive action against them. These missiles can carry weapons of mass destruction.

High-caliber rockets and rocket artilleries are cheap and effective systems against radar and air defense sites, troop concentrations and other targets, and can deliver a high volume of fire in a very short amount of time.

This weapon uses an intense electromagnetic field with a wavelength of more than 10 gigahertz to create a brief pulse of energy that affects electronic circuitry without directly harming humans or buildings. These bombs are used to disable any machine that relies on electrical circuits to function, including computers, radars and guidance systems. They are used against targets both on the ground and at sea.

Air-to-surface missiles are tactical weapons launched from military aircraft at targets on land or at sea. They are usually equipped with various kinds of guidance systems and can be either short- or long-range. The missiles can be launched from a distance without coming within range of the target’s air defenses, delivering a high volume of explosive power.

The American GBU-43/B, known as the “Mother of All Bombs” (MOAB), was first tested in 2003. It is reputed to be the most destructive non-nuclear bomb in the world and can penetrate bunkers 37 meters underground. The bombs employ a satellite guidance system.

The Global Surveillance, Identification and Targeting System uses satellites that give it the ability to gather massive amounts of information using various kinds of sensors. Data gathered via this system is used to create a virtual duplicate of the area under surveillance which, in turn, can be used in planning, simulating and controlling military action.

Unmanned aerial vehicles or drones are widely used for reconnaissance of every kind, either independently or in combination with other reconnaissance systems on the ground, in the air or in space. They can be equipped with various types of sensors, from optical and infrared to radar and laser. They fly at sub-sonic speed and can hover over the target for many hours and escape detection using stealth technology.

Electronic warfare is any action that uses electromagnetic spectrum — signals such as radio, infrared or radar— to attack an enemy or disrupt an enemy’s attack. Electronic warfare can be conducted from air, sea, land or space by manned and unmanned systems against civilians, the military, electronic communication and radars.

Smart missiles are a broad range of projectiles that rely on sensors to track, lock on, and hit their targets. A bunker buster is any munition that is designed to penetrate hardened targets or targets buried deep underground.