You are here: Home / MidEastGulf / Iranian website: the Revolutionary Guard arranged for the attack on Saudi Embassy 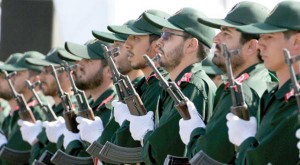 An Iranian reform website accused the Guardians of the Islamic Revolution’s intelligence in Iran for preparing and directing the attack on the Saudi embassy in Tehran.

The website “Kalima” published that the planted agents accused by the authorities for standing behind the attacks, are actually affiliated to the Guardians leaders of the Islamic Revolution and the Basij.

The aforementioned website, marked out the attention towards web portals associated with the Guardians’ intelligence calling upon war against Saudi Arabia, only days before the attacks on the embassy took place, that, in addition to the Guardians’ media inciting against Saudi Arabia rallying the Iranian public opinion over the past couple of months.

According to “Kalima”, the government accusing the planted agents for standing behind internal events happening in Iran, is always promoted by those who wish to hide their partaking in the events.
On the other hand, the proceedings coincide with the government trying to lift the years-old economic sanctions, by closing in the deal on the nuclear agreement with Western countries.

However, drastic political parties and the Iranian Revolutionary Guard concur on refusing the agreement, but yet do not agree on the reasons, while the Iranian Supreme Leader Khamenei keeps silent; choosing not to take sides.

Expert on Iranian affairs and PHD holder, Fathi al-Moraghi, sees that drastic parties in Iran and the Guardians refuse the agreement for different reasons. Drastic parties consider that Iran has been able to accomplish several achievements over the past decades, and thus must bear with the economic standing regardless of its severity.

As for the Guardians, right after the agreement with the West has reached the peak, it was published that Mohammad Ali Jafari, commander of the Army of the Guardians, said that “some outlining parts have clearly breached red limits in the Islamic Republic, especially on what has to do with Iranian military powers, which is something we will never accept”.