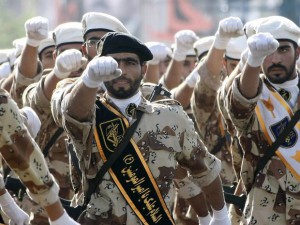 Russia has also recently deployed military assets into Syria and according to the Israeli source, has teamed up with Iran in an unprecedented attempt to protect the embattled regime of Bashar Assad from falling to rebel groups including the Islamic State.

The Israeli source said that Iran’s increased military involvement in Syria was “due to Assad’s crisis and under Russian-Iranian cooperation as a result of a meeting between Soleimani with Russian President Vladimir Putin,” said the Israeli source.

The only Iranian force that has operated in Syria so far has been the Basij militia, a paramilitary organization with a relatively small number of fighters.

The security official said that Israel has little to worry about Russia’s military activity in Syria saying that it is “not directed at Israel.

“We have dialogue with Russia and we aren’t in the middle of the Cold War,” continued the source. “We have open channels with the Russians.”

“It’s hard to forecast whether Russia’s presence will decide the fate of Syria, but it will lengthen the fighting and bloodletting for at least another year because ISIS won’t give up,” said the Israeli source.

Along Israel’s border with Syria in the Golan Heights, Assad maintains just two enclaves at Quneitra and another smaller area further north, centered around Syrian-Druze villages that look to the regime for protection.

Rebels used bad weather caused by a massive sandstorm across the Middle East in the last few days to gain control of a government-controlled air field near the northern city of Idlib.