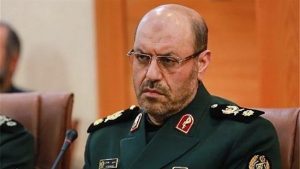 Americans had better leave the Persian Gulf and refrain from creating trouble for the regional countries, Iranian defense minister said, according to trend.az .

Defense Minister Brigadier General Hossein Dehqan has criticized the US over its military presence in the region, Tasnim news agency reported Mar. 29.

“What is the Americans’ business in the Persian Gulf?” the minister asked.

He presumably made the remarks reacting to recent comments by commander of the US Central Command, Army General Joseph Votel, who said Iran is one of the greatest threats to the US and has increased its “destabilizing role” in the region.

“We need to look at opportunities where we can disrupt through military means or other means their activities,” Votel said referring to Iran as he was addressing the House Armed Services Committee on Wednesday.