You are here: Home / Europe / Iranian team in Vienna to resume nuclear talks 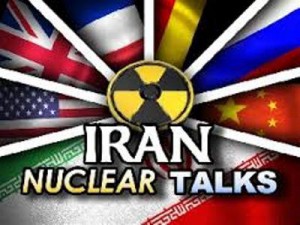 Iranian nuclear team arrived here on Tuesday for the third round of talks with six world powers.

The talks will start 10:30 local time to resume the task of drafting the Comprehensive Joint Action Plan.

The European Union Foreign Policy Deputy Chief Helga Schmidt will be present in the talks, as well.

According to Araqchi, the talks are expected to conclude a preliminary outlining of the comprehensive agreement draft.

Deputy foreign ministers and directors general for political affairs from Foreign Ministries of Group 5+1 are to join the last day of the talks on Friday.

Former rounds of negotiations to draft Comprehensive Joint Action Plan were held in Vienna on April 22-24 and also in New York on April 30 to May 7.

Head of Iran’s negotiating expert team Hamid Baeeidinejad had already noted in his Instagram that deputy ministers and the Iranian and European experts worked for 200 hours in New York.

He said an agreement before the July 1 deadline is quite possible.

Drafting the agreement text is up to the deputy ministers and the appendix to the experts.