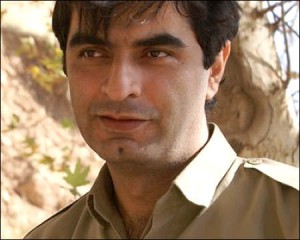 Kerim Perwizi, a member of the leadership of Kurdistan Democratic Party of Iran (KDPI), issued a statement declaring that KDPI’s Peshmerga Forces are ready to help Kurdistan Workers Party (PKK) and the Democratic Union Party (PYD) in Syrian (western) Kurdistan.

The statement reads: “In view of the volatile situation in western Kurdistan, the Democratic Party KDPI is ready to deploy Peshmerga forces to western Kurdistan, provided that the PKK makes such a request and agrees to have a joint command to fight enemies of the Kurdish nation and to defend Kurdistan. However, we demand that we wage war on Daesh [Islamic State] as well as the forces of Bashar al Assad. The al-Assad regime is an ally of the Islamic Republic of Iran.”

Last Month clash erupted between armed wings of the PKK and KDPI on the Iranian Kurdistan-Iraqi Kurdistan border, with at least two KDPI fighters reported killed.

During the last two weeks, PKK and KDPI carried out three meetings in order to prevent an armed conflict, and the peshmergas.

The KDPI is a Kurdish-Iranian party that has struggled for Kurdish rights in Iranian Kurdistan for decades. The group has been based in the Kurdistan region of Iraq for more than 30 years.

The PKK is a Kurdish nationalist organization based in Turkish Kurdistan, but has been highly active in the Iranian border areas.