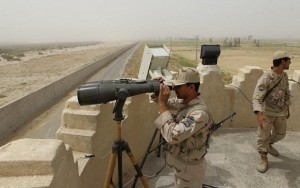 Iranian border forces on Friday fired four mortar shells across the border into Balochistan’s Panjgur district, according to media reports and pakistantoday.com.pk.

“We have not received any report about any human loss”, he added.

Security was tightened in the province in the aftermath of the shelling. More security personnel have been sent into the area to guard the border, the deputy commissioner said.

Pakistan has accused Iranian forces of violating its territorial integrity and has lodged protests with Iran in this regard several times in the last few years.