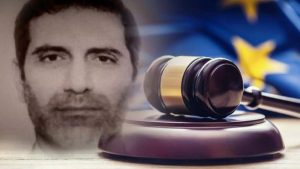 An Iranian diplomat accused of planning to bomb a meeting of an exiled opposition group is to be sentenced on Thursday (4 February) in the first trial of an Iranian official for suspected terrorism in the European Union since Iran’s 1979 revolution, like reported by euractiv.com.

After hearings last year, a court in Antwerp, Belgium will decide whether Vienna-based diplomat Assadolah Assadi and three others are guilty of attempted terrorism after a plot to bomb a rally of the National Council of Resistance of Iran (NCRI) near Paris in June 2018 was foiled by German, French and Belgian police.

The ruling, due at around 0800 GMT, comes at a sensitive time for Western relations with Iran. New US President Joe Biden is considering whether to lift sanctions on Iran reimposed by his predecessor Donald Trump and rejoin fellow world powers in the historic 2015 nuclear accord with the Islamic Republic.

Belgian prosecutors were seeking the maximum 20-year sentence for Assadi, who refused to appear in court and has not commented on the charge that he was acting on orders from Tehran.

Investigators assessed that Assadi brought the explosives for the plot with him on a commercial flight to Austria from Iran, according to a document by Belgium’s federal prosecutor seen by Reuters.

“The evidence is overwhelming about the role of the Iranian regime’s senior leadership in the terrorist plot,” said Shahin Gobadi, a Paris-based spokesman for the opposition People’s Mojahedin Organization of Iran, which is part of the NCRI.

A spokesman for Iran’s Foreign Ministry told the semi-official Iranian Students News Agency on 24 January that Assadi’s diplomatic immunity from prosecution had been violated and that he was a victim of a Western trap.

Authorities in Germany, who arrested Assadi on holiday there, said his immunity as third counsellor at Iran’s embassy in Vienna did not apply outside Austria and extradited him to Belgium, where a court ordered his detention.

Two of Assadi’s suspected accomplices were arrested in Belgium with the explosives and a detonator, prosecutors said.

The Islamic Republic has repeatedly dismissed the charges, calling the attack allegations a “false flag” stunt by the NCRI, which it considers a terrorist group.

Assadi warned authorities in March of possible retaliation by unidentified groups if he is found guilty, according to a police document obtained by Reuters.

Since the accord between Iran and world powers to curb Tehran’s nuclear programme, the EU has sought closer diplomatic and economic relations with Tehran, but says it cannot turn a blind eye to human rights abuses or terrorism.

Asked by the European Parliament on 25 January if the trial had any bearing on relations with Iran, or if the EU had discussed Assadi’s warnings of possible retaliation, EU foreign policy chief Josep Borrell declined to comment.

European countries have blamed Iran for other suspected moves against dissidents, including two killings in the Netherlands in 2015 and 2017 and a foiled assassination in Denmark. The Islamic Republic has denied involvement.