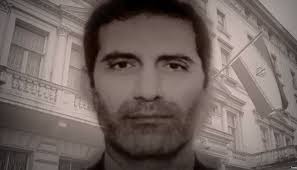 An Iranian diplomat and three other defendants will go on trial in Antwerp on Friday for allegedly planning to bomb a 2018 meeting in France of an exiled Iranian opposition group, like reported by middleeasteye.net.

The proceedings are the first time an EU country has put an Iranian official on trial for terrorism.

Belgian prosecutors charged Vienna-based diplomat Assadolah Assadi and the three others with planning an attack on a rally of the Paris-based National Council of Resistance of Iran (NCRI).

The rally’s keynote address was given by US President Donald Trump’s lawyer Rudy Giuliani on 30 June, 2018 in Villepinte, north of the French capital.

Two days before, two Belgian nationals of Iranian origin – a husband and wife identified as Amir S and Nasimeh N – drove from Antwerp to Luxembourg, for what appeared to be a holiday, according to Belgian police.

At a Pizza Hut restaurant in an old part of Luxembourg City, they are said to have met Assasi who allegedly gave them a small package. Afterwards, they left the city.

Assadi was arrested while on holiday in Germany and handed over to Belgium, where the husband and wife had been arrested with half a kilo of the explosive TATP and a detonator.

According to documents reviewed by Reuters, Belgian authorities believe Assadi brought the explosives from Tehran to Vienna on a commercial flight.

French police also arrested an Iranian man in Paris, who was accused of being an accomplice.

All four suspects are accused of attempted terrorist murder and preparing an act of terrorism.

Authorities say the attack was thwarted by a coordinated operation between French, German and Belgian security services.

‘Plan was conceived in the name of Iran’

Assadi was the third counsellor at Iran’s embassy in Vienna. French officials have said he was in charge of intelligence in southern Europe and was acting on orders from Tehran.

“The attack plan was conceived in the name of Iran and under its leadership. It was not a personal initiative by Assadi,” Jaak Raes, head of the Belgium’s state security service (VSSE), said in a letter to the prosecutor dated 2 February, 2020.

Tehran has repeatedly dismissed the charges, calling the attack allegations a “false flag” stunt by the NCRI, which it considers a terrorist group.

Assadi has not commented on the charges and his lawyer has said he will explain himself at his trial.

Assadi warned authorities in March of possible retaliation by unidentified groups if he is found guilty, according to a police document obtained by Reuters.

France said Iran’s intelligence ministry was behind the plot and expelled an Iranian diplomat. The EU also froze the assets of an Iranian intelligence unit and officials.

Dimitri de Beco, defence counsel for Assadi, has accused the civil plaintiffs of trying to turn the case into a political trial on behalf of the opposition movement.

According to Iran expert Francois Nicoullaud, a former French ambassador to Tehran, Iran’s President Hassan Rouhani was surprised to learn about the failed attack.

“Visiting Europe at the time, he was absolutely furious to learn about this intelligence service operation, on which he hadn’t been consulted,” the diplomat told AFP.

At the time of the alleged plot, Rouhani was trying to maintain the support of European capitals for the 2015 Iran nuclear deal abandoned by the Trump administration.

European countries have blamed Iran for other suspected plots against dissidents, including two killings in the Netherlands in 2015 and 2017 and a foiled assassination in Denmark.

Iran has denied involvement, saying the accusations were intended to damage EU-Iran relations.