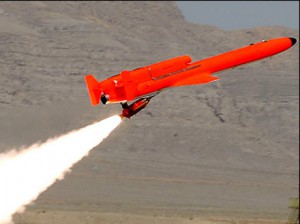 Iranian army has unveiled two new drones, on Dec. 13 at the last day of a massive military drill in the southeast of the country.

The two drones dubbed “Oqab” and “Shahin” have been designed and manufactured by Iran’s Army, IRNA news agency reported.

“Oqab” is a combat drone capable of carrying air-to-surface missile, while “Shahin” is a reconnaissance drone, which has a flight time of 24 hours.

The modern and updated military equipment of Iran is used in the drills, which cover an area of 220,000 square kilometers.

Iran regularly conducts various drills to enhance the defense capabilities of its armed forces and to test modern military tactics and equipment.