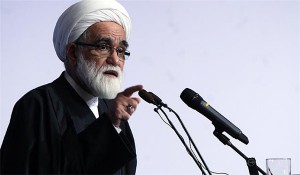 “The Iranian Red Crescent Society’s services to Yemen will continue until the end of the savage aggression of the aggressive governments and states,” Abdolhossein Moezi said on Saturday.

The IRCS has been trying to dispatch humanitarian aid to Yemen through sea and air, but has failed due to Saudi Arabia’s full blockade of the war-ravaged country.

Late in April, Saudi jet fighters shooed away three Iranian cargo planes from Yemen’s airspace. But in the third case they bombed the Sana’a airport control tower and runway seven times to prevent the Iranian defying pilot from landing. The Iranian civilian plane was carrying humanitarian aids, including medical equipment, for the Yemeni people who have been under the Saudi-led airstrikes for over a month now. The cargo plane was due to take humanitarian aid to Yemen and take several civilians, who were critically wounded in the recent Saudi bombings, back to Tehran to receive specialized medical treatment.

Iran had earlier sent five consignments of humanitarian aid to Yemen, including a total of 69 tons of relief, medical, treatment, and consumer items

“I appreciate the unsparing help and relief operations as well as the humanitarian attempts of the Iran Red Crescent Society (IRCS),” al-Kebab said in his letter.

He expressed the hope that interactions and mutual cooperation between the two countries’ Red Crescent societies would increase in future.

But late in April, the IRCS blasted Saudi Arabia for blocking Iran’s humanitarian aids to Yemen.

Mohammadi Araqi described the Yemeni people’s conditions as critical, and said, “We are in contact with Yemen’s Red Crescent Society and Health Ministry and have included their needs in the new consignment.”

He lamented that planes and ships are not allowed into Yemen’s ports and airports, and said, “Unfortunately, the Saudi government has prevented the dispatch of aids to Yemen.”