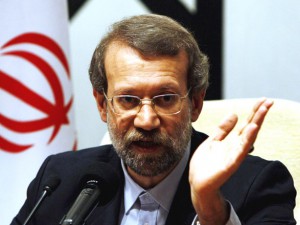 “Doors to diplomacy are still open to Saudi Arabia and we hope that Riyadh will soon return from the wrong path,” IRNA news agency quoted him as saying in an interview on the sidelines of the 11th Islamic Inter-Parliamentary Union (IIPU) conference in Baghdad on Jan. 24.

“Calling for negotiations he added that Saudi Arabia is an Islamic country and Iran never wants to see Riyadh’s position in the world weakened,” he added.

The relations between Iran and Saudi Arabia deteriorated following the kingdom’s execution of a prominent Shia cleric, Nimr al-Nimr, on Jan. 2.

Reacting to al-Nimr’s execution, a group of angry Iranian protestors stormed Saudi embassy in Tehran, smashing furniture and setting fire to the building before being dispersed by police.

Officially, Iran expressed strong protest regarding the execution, and the fragile relations between the two countries started going even further downhill from there.

Saudi Arabia and its allies including Sudan, Djibouti, Bahrain and the UAE joined diplomatic action against Iran following the break into the embassy in Tehran.

Riyadh accuses Tehran of meddling in the internal affairs of Arab countries, including Yemen – something Iran has denied.