You are here: Home / MidEastGulf / Iran to unveil its own S-300 missile defense system 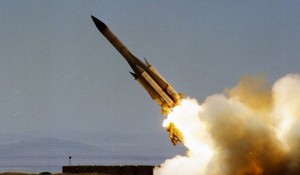 Commander of Khatam ol-Anbia Air Defense Base Brigadier General Farzad Esmayeeli was quoted by the semi-official Fars News Agency saying that, “missile systems with the capability to stand against electronic warfare and mid-range and long-range radars will join the integrated air defense system on September 1.”

“The radar and missile defense systems will cover an important part of the country in the south and southeast,” he added, indicating a region across the Persian Gulf from Iran’s rival Saudi Arabia.

“The long-range air defense missile system, Bavar 373, will be built by the end of this (Iranian) year (which started on March 21) and will be deployed in specified regions,” Esmayeeli said according to Fars.

Images of Bavar 373 were first debuted in August 2014. The system was developed as an alternative to the S-300, which Russia withdrew its intention to sell to Iran due to pressure from the European Union (EU).

Iranian officials have claimed their domestic version is better than the S-300, saying it can track over 100 targets simultaneously and is equipped with long-range ground to air missiles.

Russia recently caused a diplomatic stir when it said in May it would send the S-300 system to Iran, later retracting and saying no date has been set for the shipment.

It has been warned that the advanced system, and possibly the Bavar 373 as well, would be able to block an Israeli or American airstrike aiming to take out Iran’s covert nuclear program that reportedly is aiming to build a nuclear arsenal.

The development is troubling, also because the new Iran deal stipulates that the West will train Iran to block sabotage attempts on its nuclear program, meaning a possible Israeli cyber attempt to foul up Iran’s march to the atomic bomb would also be thwarted.

The deal also frees up billions of dollars for Iran in sanctions relief which will allow ample funds for the missile defense system research, lessening the chances that Iran will stall releasing Bavar 373.