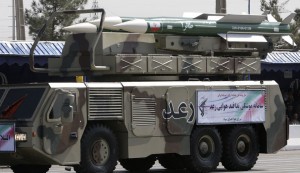 Iran will unveil the long-range Bavar-373 homegrown missile defense system next week to rival the Russian S-300 system, according to Trend.

He added that the country’s latest achievements in missile, radar, and electronic signals intelligence will be unveiled on the same occasion.

Under a contract signed in 2007, Russia was obliged to provide Iran with at least five S-300 defense systems.

However, Moscow refused to deliver the system to Iran under the pretext that it is covered by the fourth round of the United Nations Security Council sanctions against Tehran over its disputed nuclear program.

Iranian officials say over the past years, the country has attained self-sufficiency in producing important military equipment and systems.