You are here: Home / MidEastGulf / Iran to test own version of S-300 missile complex 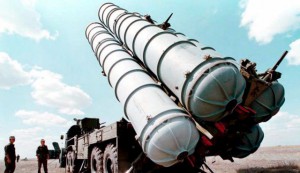 A senior Iranian lawmaker announced Tuesday that the country would soon unveil and test its home-made version of the sophisticated Russian S-300 missile defense system in military drills.

“The Iran-made S-300 (missile defense) system will be unveiled by the defense ministry and armed forces’ engineers soon and will be tested before the eyes of everyone,” chairman of the parliament’s security committee Mohammad Reza Mohseni Sani told FNA on Tuesday.

He also referred to Russia’s promise to deliver the S-300 air defense systems to Iran and expressed hope they would arrive as agreed.

Similar to its original Russian model the Bavar 373 traces and intercepts high-altitude targets.

Last month, Russian President Vladimir Putin removed the ban on the delivery of the S-300 missile complexes to Iran.