You are here: Home / MidEastGulf / Iran to talk regional instabilities with 6 Gulf nations 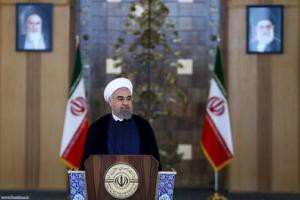 Iran’s Deputy Foreign Minister for Arab-African Affairs Hossein Amir-Abdollahian told ISNA Aug.14 that the initiative to hold a common meeting between Iran and Arab nations about the regional crisis came from Qatar and Oman.

Over recent years some Arabic countries like Syria, Bahrain, Yemen and Iraq have faced bloodshed and crisis. However, there is disagreement between Iran and Gulf members on their resolution. While, Arabic states want the removal of Bashar Assad from power, Iran strongly supports Assad.

The Iranian top diplomat visited Syria after Iran announced last week that it was preparing to submit a four-stage plan to the United Nations to bring peace in Syria after four-years of bloody civil war, which has left 250,000 death and 4 million refugees.

On the other hand, Iran supports Shia groups in Bahrain, Iraq and Yemen, while Gulf nations, especially Saudi Arabia are strongly against Iran’s position.

Abdollahian said that dialogue between Iran and Saudi Arabia is a necessity.

Commenting on a question about the place of the scheduled meeting between Iran and Gulf nations, the Iranian diplomat said that Iran prefers the meeting be held in a regional country, but that it can be in any country.

“The negotiations itself as well as exiting from misunderstanding, reaching a common and mutual perception is important to put end to the regional crisis,” he said.