You are here: Home / MidEastGulf / Iran to start construction of a second nuclear reactor at Bushehr 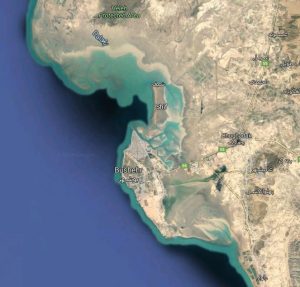 Iran will start the construction of a second unit at its nuclear reactor in Bushehr next month, the spokesman of its atomic energy organization announced on Tuesday, October 15.

Iran’s only nuclear reactor was built by Russia and is not a controversial part of its nuclear program. It produces electricity and its spent fuel is shipped out of the country to Russia.

In 2014, Iran signed an agreement with Russia to build a second unit at Bushehr and the start of the project was inaugurated the following year.

The spokesman, Behrouz Kamalvandi said pouring of concrete at the site is due to start in one month.

Tehran says it is also planning to start building a third unit in 2021. The head of Iran’s atomic energy organization, Ali Akbar Salehi has said the second unit will be built in six years and the third unit in eight years.

However, the completion of the first Bushehr reactor by Russia had a 12-year delay. It is not clear if that was because of technical issues or political reasons.

All the three units together are expected to generate 3.000 megawatts of electricity.

The United States announced nearly one year ago that its sanctions on Iran do not affect operations at the Bushehr reactor.