You are here: Home / MidEastGulf / Iran threatens to target US forces in Iraq 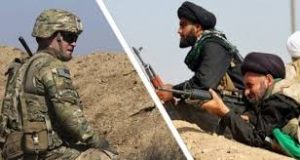 The Iranian ambassador to Iraq on Friday threatened to attack U.S. forces in case of an American attack on his country, like reported by yenisafak.com.tr.

In an interview with Iraq-based Dihlah T.V. channel, Iraj Mesjedi said: “The Islamic Republic [of Iran] does not want a war neither with the Americans nor any other country.”

Mesjedi accused the U.S. of intervening in Iraq’s internal affairs and the Middle East as well.

“If the U.S. attacked Iran, we will respond strongly and bombard the American presence in Iraq or anywhere else,” Mesjedi said.

Tensions have been escalating between the U.S. and Iran after President Donald Trump withdrew the U.S. in May 2018 from a nuclear pact world powers struck with Iran to curb its nuclear program in exchange for billions of dollars in relief from economic sanctions.

Trump has since embarked on a campaign to scuttle the agreement, including the reimposition of sanctions on Iranian crude oil that were lifted as part of the agreement.