You are here: Home / Analysis / Iran, the friend of my enemy 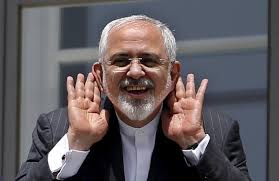 Iranians are well-known for their sense of diplomacy and professional diplomats are even, at times, experts at confusing their interlocutors. On March 13, Iran’s minister of foreign affairs, Javad Zarif, paid an official visit to Islamabad in order to pacify the Pakistanis after Hassan Rouhani’s three-day trip to India the month before — the first Iranian presidential visit since 2003, like reported by carnegieendowment.org.

Rouhani’s visit certainly symbolised the India-Iran rapprochement, that was concretised by the leasing to New Delhi — for 18 months — of the operational control of phase 1 of the Chabahar port, through which Indian wheat was sent to Afghanistan in October 2017.

At last, New Delhi got access to Central Asia via Iran. During Rouhani’s visit, Prime Minister Narendra Modi declared that India “will support the construction of the Chabahar-Zahedan rail link so that Chabahar gateway’s potential could be fully utilised. We want to expand connectivity, cooperation in the energy sector and the centuries-old bilateral relationship.” That was already the official Indian line during Modi’s 2016 visit to Tehran when India, Iran and Afghanistan signed a trilateral transport agreement.

But this rapprochement does not mean that Iran is willing to distance itself from Pakistan. In fact, Iran seems to play one country against the other in order to maximise its gains in the context of sanctions which are badly affecting its economy. Such a strategy is facilitated by Pakistan’s attitude, which tries hard not to alienate Iran.

Both countries share a 900 km-long border that cuts across Balochistan, a doubly disturbed province: Pakistani Baloch, who have been fighting a guerrilla war for 10 years, could get support from Iran — or Indian spies. For Islamabad, according to a Dawn oped, Pakistan’s sovereignty was violated under Article 2(4) of the UN Charter when Kulbhushan Jadhavused Iranian territory to illegally enter Pakistan.

Skirmishes have multiplied since 2016 when Iranian border guards reportedly fired mortar shells into Pakistan territory. Pakistan can hardly afford to open a third front. Second, Iran and Pakistan have also a common neighbour, Afghanistan, where they could intensify a proxy war. Third, Pakistan needs gas, Iran needs to sell its gas.

To display its goodwill, Pakistan’s army chief paid a three-day visit to Tehran in October last year, the same month when India was using Chabahar to supply wheat to Afghanistan. Such a visit had not taken place for 20 years. The Iranians were responsive, partly because of what General Bajwa had to offer (cooperation on missile technology was discussed), partly because of their interest in joining the Chinese Belt and Road Initiative (BRI) by branching out the gas pipeline they have already built on the CPEC at Gwadar.

Iran sees Chinese investments in Pakistan as an economic opportunity, whereas India makes a point not to take part in the BRI. While India conceived Chabahar as the best means to balance Gwadar, the Iranians want to connect both and Javad Zarif said in Islamabad that Iran has offered Pakistan and China the opportunity to participate in Chabahar.

Zarif also thanked Pakistan for helping Iran fight terrorism, something that directly contradicts the Indian narrative. Sunni militants in Iranian Balochistan received support from Pakistan-based sectarian groups for years. Dozens of Iranian border guards have been killed since 2013 and, therefore, Zarif expressed his appreciation when attempted suicide blasts were foiled by the Pakistan army.

Last but not least, Iran is not comfortable with India because of its strategic partnership with the US at a time when Donald Trump is prepared to restore the sanctions his predecessor had started to lift. Iran has disapproved of the Afghan policy of the new American administration that India has applauded. Similarly, Iran cannot take lightly the new India-Israel relations. It is these growing affinities that have contributed in the last few months to Ali Khamenei mentioning the Kashmir issue in some of his sermons for the first time and comparing it to the injustice meted out to Palestinians.

The deepening of Iran-Pakistan relations will depend on the pressure Riyadh exerts on Islamabad. First, Saudi Arabia and the Gulf Cooperation Council (GCC) countries are accusing Pakistanis of terrorist activities, in Saudi Arabia and elsewhere. Second, the Saudis and Emiratis are mounting pressure on Pakistan by relating more to India, as evident from new flows of investments and Mohammed bin Zayed’s presence as guest of honour for the Republic Day parade in 2017.

Third, Riyadh activates the Salafi groups that have developed since the 1980s in Pakistan: The formidable network of Saudi/GCC-supported madrasas play a major role there, along with Deobandi, Ahl-e-Hadith and other Islamist organisations. In response, the Pakistanis have made important concessions to Saudi Arabia and the GCC.

First, Pakistanis are allegedly training Syrian rebels (whereas Tehran supports the Bashar-al Asad regime). Second, former Pakistan army chief, Raheel Sharif, was appointed the leader of the Riyadh-based Islamic Military Alliance to Fight Terrorism (a coalition of Sunni countries) in 2017. Third, the Pakistani army and Saudi Royal Land Forces have increased their joint manoeuvres. Last but not least, while Pakistan has not sent troops to Yemen, its soldiers have been deployed on the other side of the border, allegedly to protect the holy cities.

Pakistan has tried not to take sides between Iran and Saudi Arabia and even attempted to mediate between the two. But not taking sides may not be an option for long and for the moment, the Saudis seem to have an upper hand. Not only did Nawaz Sharif meet members of the Saudi royal family after resigning as PM to discuss his successor, but soon after Raheel Sharif played a role in the “purge” instigated by Mohammed bin Salman.

However, whether frosty relations between Iran and Pakistan will result in a more rapid rapprochement between Iran and India remains to be seen. After all, the country Tehran tries to relate to via CPEC is China and that may be why New Delhi finds it so difficult to deal with Iran. The development of Chabahar is slow but so, for instance, is the finalisation of the contract regarding a gas field, Farzad-B, in which India is interested, showing that Iran is not an easy partner indeed.