You are here: Home / MidEastGulf / Iran supplies Al-Houthi militia in Yemen with weapons 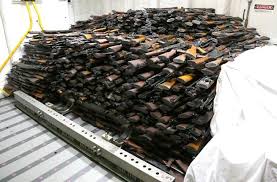 “There is a problem in Yemen that the political process has not started and that the Kingdom of Saudi Arabia is under constant attacks being carried out by Al-Houthi militias who are getting weapons from Iran,” he said in statement to RTL radio.