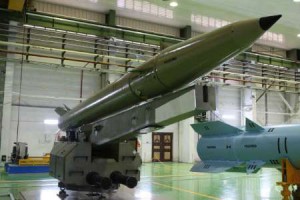 Esmaili reiterated that the Talaash missile defense system was successfully tested with the medium to long-range capacity this year.

In recent years, Iran has made great strides in its defense sector and attained self-sufficiency in producing essential military equipment and systems.

The Islamic Republic has repeatedly assured other countries that its military might poses no threat to other states, saying that its defense doctrine is entirely based on deterrence.