You are here: Home / Senza categoria / Iran sends hundreds of troops to Syria in exchange for Russian S-300s 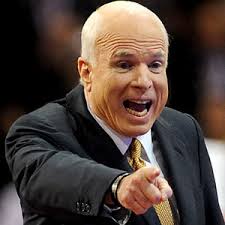 “In just the past few weeks, the Iranian regime has reportedly begun to send hundreds of additional forces to Syria to prop up the murderous Assad regime together with Russia.

Iran is moving forward with plans to acquire the Russian S-300 air defense system, one of the most advanced in the world,” said U.S. Senator John McCain in his statement.

And perhaps most disturbingly, Iran has convicted an American journalist, Jason Rezaian – one of four Americans being held in Iran – on trumped-up espionage charges in a secret trial with no evidence whatsoever,” the Senator said.

The Chairman of the Senate Armed Services Committee noted that Barack Obama’s Administration had been ignoring and downplaying the broader threat that Iran poses.