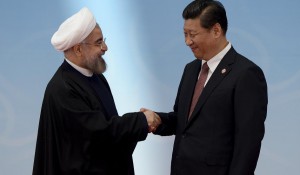 Ali Akbar Velayati said he is keen for Beijing to expand its naval power worldwide and called for closer military ties between the two nations.

Following the disputed Russia-China military exercises in the Mediterranean Sea, which raised concerns over China’s growing naval power, Velayati said it is right for a great power like China to send out military vessels.

Velayati also expressed an interest in conducting more port calls with China due to its growing commercial interests. He has also requested that China play a more active role in Iranian nuclear negotiations, saying it would promote a positive outcome for the talks.